MARCO'S APPOINTMENT IS PART OF THE REORGANIZATION OF THE MANAGEMENT TEAM DIRECTLY REPORTING TO MR PASQUALE NATUZZI, CEO AND PRESIDENT OF THE GROUP

Natuzzi S.p.A. (NYSE:NTZ) ("Natuzzi" or "the Company") today announced that Mr Marco Saltalamacchia has been appointed Chief Commercial Officer of the Natuzzi Group. In his new role, Marco will be in charge of defining the future commercial strategy in all the markets in which the Group operates and all the actions necessary to the reaching of the Company's business targets.

"By joining the Natuzzi Group, I have accepted an important professional challenge, that I intend to carry on with the utmost enthusiasm and pride of being part of a Group that has been the ambassador of the made-in-Italy in the world for decades" commented Marco Saltalamacchia.

"The pursuit of beauty, excellence in quality, production efficiency and environmental sustainability are strategic guidelines on which the Natuzzi Group has built its history and that represent, together with expertise enhancement, the milestones to better challenge the global competitive scenario".

Before joining the Natuzzi Group, Marco Saltalamacchia, who was born in July 1961, has gained a solid professional experience in the automotive sector, as Senior Vice President Europe in BMW from 2007 to 2009, and, previously, as President and CEO in BMW Italia. After his experience in BMW, Mr Saltalamacchia worked as consultant and entrepreneur, by taking part in the creation of advisory firms for the automotive sector (G&MS Consulting, DrHail - Dottor Grandine, Trust Rating System). 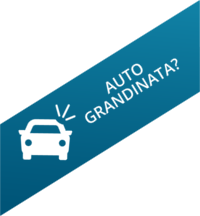